The film took almost all the Oscars that year. It was like the Grammy’s of 2012 of 1970’s. The title ‘Kramer vs. Kramer’ refers to the till – date famous courtroom drama between a couple who fight for the custody of their only son. Meryl Streep plays a mentally estranged and unhappy married woman whose only to reason to live that life is for the sake of her son. But when the lines of her patience and forbearance reaches its limits, she leaves her family to figure out her own life. Meanwhile, Dustin Hoffman who plays the lead and eventually wins an Oscar for doing so,is a workaholic in an advertising agency – one of the main reasons why his wide left him and has to take care of his 8 year old son, Billy. The characters don’t only talk to each other, they literally talk their hearts out! And the entire experience of watching it on screen is too amazing.

We all know what its about. Its a piece of unforgettable history, a piece of American account that put the watergate scandal to shame. Its Maya’s quest for Osama Bin Laden, and its definitely amazing. One of the biggest hits of the year that unfortunately could only oscar for the best sound design – Zero dark thirty is a watch that will make you want to believe in Maya, which am sure we wouldn’t have if we didn’t know Bin Laden was already dead. I really liked the film, one reason cos Jessica Chastain was superb.

But its definitely not my favourite in the genre – still give more points to Argo, but then that is loosely based as opposed to the real account of 1979 Iran hostage crisis. I don’t think it could have been made better – it ‘looks’ accurate, convincing because of the minimum drama and more facts and work, less emotions – some beautifully intense. Cheers! 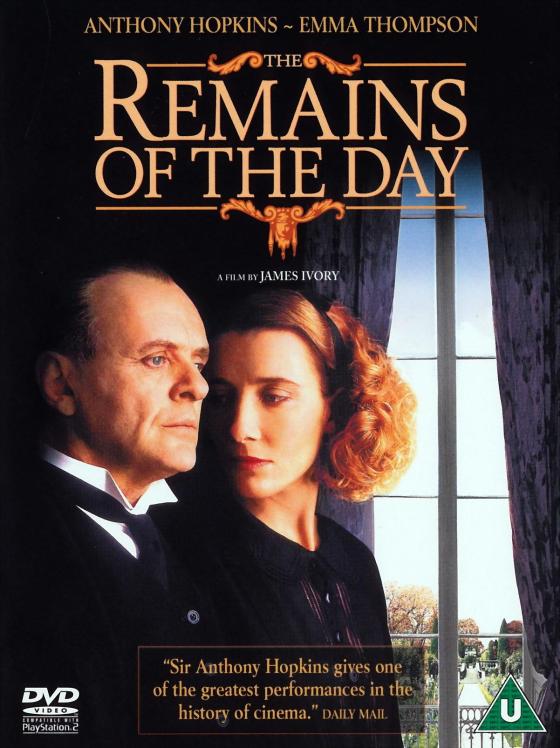 Director – James Ivory
Now, that’s called a classic. An English classic, to be precise. The film is adapted from the novel of the same name by Kazuo Ishiguro which won the Man booker prize in fiction category in 1989. For me, it was a window to the actual world of the English ‘sophisticated’ gentlemen, the mannerisms and the ‘talk’. I don’t know if to agree with the IMDB one-liner about the film which says “A butler who sacrificed body and soul to service in the years post World War II realizes too late how misguided his loyalty has been.” But anyway, watch it for the sake of ‘good cinema’ cos it is one!