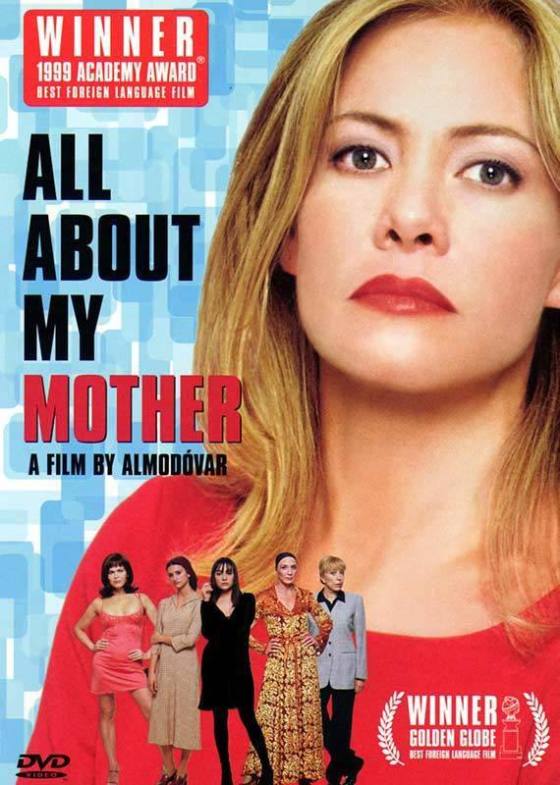 Written and Directed by – Pedro Almodóvar

Opening in Madrid, it is a story of a single mother who loses her teenage son to a car accident and in grief, leaves the city for her hometown, Barcelona. There she reunites with her old friends who have become prostitutes now and meets new ones who again, make her reunite her with old, distant memories.

The film delves into various facets of human emotions and human beings in general, mostly around women and transexuals in Spain. People are subjected to a lot of pain and suffering in this world and its complicated. Some films make it simple for our better understanding and some, keep it the way it is. All about my mother is one of the later – keeping the humour of life intact. And its sort of epic. 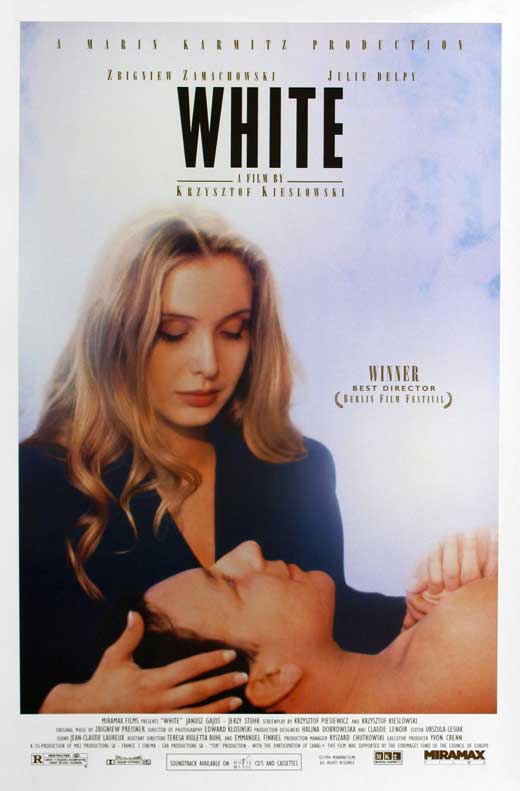 As mentioned earlier in the post about the first trilogy, Blue, Kieslowski wants you to follow his colour very, very carefully. Here, the theme of the film is equality – represented by white. The first time you see white in the film, Karol Karol (Zbigniew Zamachowski) looks up to admire pigeons flying and its the white shit that falls on him. Equality is thus bullshit and he definitely doesn’t have it, at least not in France.

The film is about a couple who are getting divorced because Karol is not able to satisfy his wife, Dominique’s (Julie Delpy) sexual needs. He asks her to come to Poland where everything will be ok again, but being French, she doesn’t want to leave.

When Karol goes back to Poland finally, he strives everyday to get one step closer to be reunited with his ex-wife. Here again, as in “blue” – the one that is to be attained – equality has been predominately denoted by a plaster bust of Marianne (France’s national emblem for liberty and reason) that breaks during his journey back to Poland and which he tries to fix (efforts to get his equality – to get even with his wife by having her back after she broke his heart).

My favourite film in the trilogy, the most relatable as well. It talks about desires, love and hope in the most beautiful way, never missing the political agenda of the period i.e. reference of Russia occupying Poland in many places. Must watch.

Tonnerre is Brac’s debut feature film about a forgotten musician, Maxime who works alone and lives with his father, Claude in Tonnerre. One winter, he meets a young journalist, Melodie who interviews him for a local paper and falls for her. He seeks her out and they fall in love. Its a simple story of the tragedy that lies underneath the beauty of innocent love – the tragedy of not being loved enough.

What I absolutely loved about the film was the fragility of the characters especially Maxime, the understanding of Claude, the absolutely clapped-so-hard performance of the dog and the genuine, inescapable warmth, apathy and confusion in Melodie’s head. It had good comedy and the dialogues added to my already satisfied experience of watching ‘love’ fall apart.